↓
Home→Certification→Windows Server 2012 – Tech Showcase – The Full Story – Demons and all.

Ed Baker is a Small Business Specialist, a Microsoft Partner and an MCT specializing in Windows Server and Client Products with 20 years industry experience, currently teaching for Firebrand Training and the Firebrand Microsoft IT academy Programme.

The second half of 2012 has been an exceptionally busy time for Microsoft, many major software product releases have been carefully co-ordinated, a brand new hardware product, Surface has hit the shelves amid a storm of interest and there’s the little matter of a new Windows Phone 8 software and possibly hardware too.

Amid all this corporate excitement, Microsoft Learning has managed to produce a new event concept, the Microsoft Tech Showcase. In short, this is a half-day session hosted by Microsoft Learning Partners to reveal the new features in the many major new products in a series of focussed technical classes.

Not all of these events are available in all countries.

In October 2012, I was asked by Firebrand Training, a Microsoft Gold Learning Partner who usually deliver best of breed residential accelerated learning and certification courses, to prep for, and deliver a Tech Showcase on Windows Server 2012. The tech showcase was to be a half-day event, based on the First Look Clinic Microsoft Official Courseware (MOC), at the University of Westminster in London. Most of Firebrand’s UK courses are delivered in its state of the art training centre at Wyboston Lakes in Bedfordshire.

The course was run as a seminar rather than a classroom event and so was set at 50 places. Having been offered to thousands of Firebrand newsletter subscribers, within a few days it was oversubscribed. An extra 10 places were added, which although the Boardroom at Westminster University can handle more, to be able to demonstrate effectively (I wish) and visibly to all delegates 60 was the absolute maximum. The attendees ranged from journalists (see report on the showcase) to Senior IT managers and first line technicians. The product was generating a high level of interest from the whole industry.

Having been asked to deliver this brand new product on brand new material, I was keen to make sure I had completed my MCSA Server 2012 before the presentation on 4th October. Luckily I had passed the 70-411 and 70-412 examinations in the BETA phase so only had the 70-410 to take (I wasn’t invited for that exam – the invitations are randomly generated). Having completed that exam towards the end of September it was onwards and upwards to the material.

My first job was to make sure that the MOC was deliverable in its original format. In the past some of the materials have not been as audience ready as I would like. The MOC for all of the Windows Server 2012 courses that have been released (MCSA courses 200410, 200411, 200412 and the upgrade to MCSA course 200417) are of superb quality. Readable, full of detail and useful points and not just large pages of slides with a few notes.

Well done MS Learning for listening to the delegates and MCT’s who deliver the end product. The First Look clinic (course 40005a) and Hands on labs (course 40006a) for Windows Server 2012 are equally good. These courses are designed to ‘showcase’ the new and important features of the product and to assist interested delegates to make upgrade and training decisions based on first-hand experience rather than marketing ‘propaganda’. (The A in the course titles indicate the material was created on pre-release software and more importantly the virtual machines are also built with pre-release versions. – see demo demons later on) 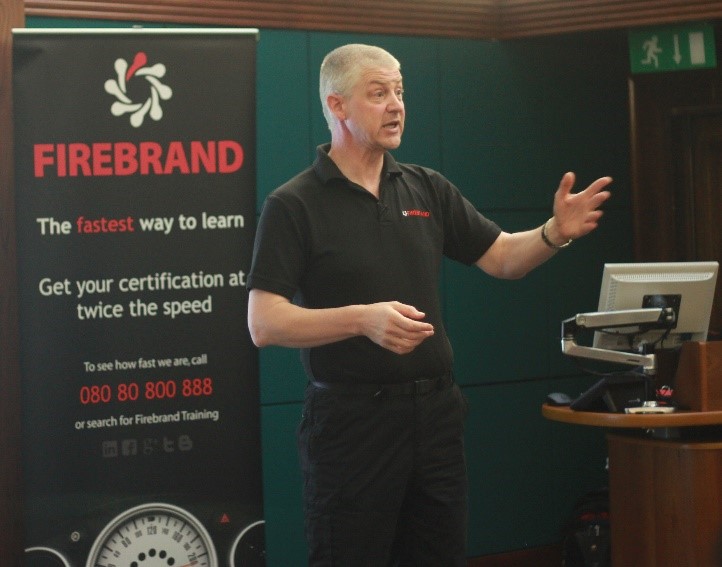 The Course required live demonstrations using Virtual machines in Hyper-V, I chose to use the Hyper-V Client provided in Windows 8 (the RTM version) and tested them all, several times.  Interestingly the course also included three demonstrations that were pre-recorded. These pre recordings were for product functionality that is very hard to demonstrate in a short time or with limited numbers of servers.

The day dawned and I arrived at the venue a good two hours early and began setting up with the Firebrand Marketing Department who were busily arranging the refreshments, marketing displays, radio microphones and all the other event type stuff.

The first problem I encountered was the built in rear projection system was non-functional, so a temporary solution had been created, which worked but did mean the delegates would be further from the screen and I was concerned about the resolution of the screen for the close demo work, especially the recorded ones. No one wants to sit and watch a mouse move over a fuzzy screen without seeing the detail.

The next problem was that the event was to be video recorded so there were sound level tests, background noise tests and all sorts of set ups to do. Oh how I just love being recorded – NOT!

Once all the preliminary tasks were sorted it was time to run through the slide deck and demos to make sure the system was functioning the same as it had the night before in the hotel room. It was! A good start.

The First Look Clinic has three modules with lessons in each module. It covers the following modules and chapters. 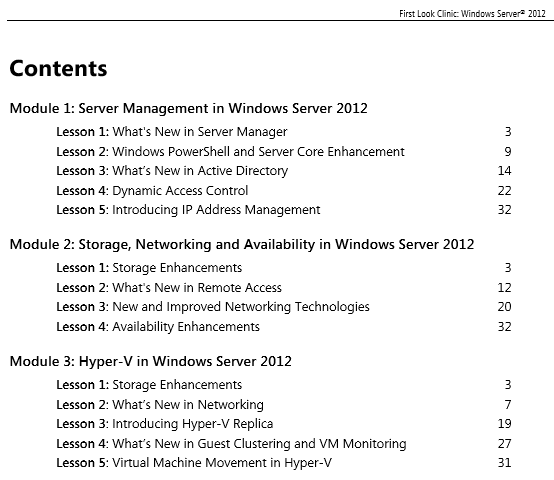 Microsoft seem to have chosen the safe topics to demonstrate in the First Look Clinic.

In the world of Microsoft, everything is getting very cloudy indeed and to use their own terminology, they seem to be super excited about that. Eventually the audience will understand the benefits, take the plunge and ‘go cloud’ or at least ‘go hybrid’. Until then a lot of delegates at training courses and tech Showcases will need convincing.

I am not going to spoil the plot of anyone attending a Tech Showcase in the near future, if you want to learn about Hyper-V replica, how you can manage thousands of servers and install roles such as DHCP server with a few clicks to all of them (if you wanted to) then book your showcase now.

The event lasted from 0930 to 1300Hrs with one 15 minute break for a drink and then a buffet lunch at the end. The concepts and content were well received and the product was a definite hit with all that attended.

My take-aways for the event, as I blogged immediately afterwards are

What are my thoughts on the Tech Showcase concept?

Well I have downloaded all of them and even though I do not teach some of the products, especially the development side (a very dark art if you ask me), I will run through them all and will attend any that I am free for in my local area. A great new idea well executed.

What are the delegates’ thoughts on the Tech Showcase?

I have listed some good and constructive feedback below. 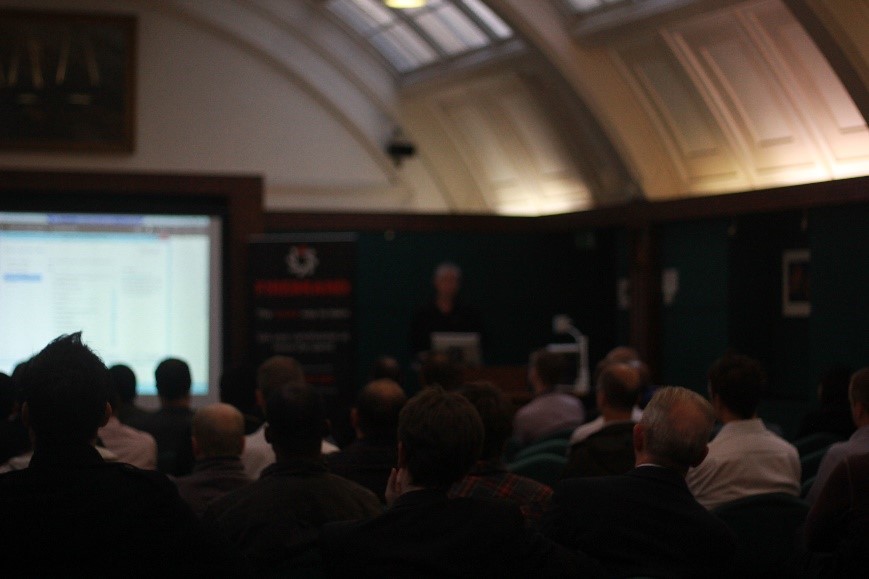 Content was very relevant & useful. At times we seemed to stall a bit, but with the fact is a pre-release I imagine we would expect this

The session has been very innovative, however there were more scope of getting demonstration of topics. The speaker was very knowledgeable  which is really impressive

Good information in a short space of time.

But there was also this: “Not sufficiently rehearsed, bad visuals” – you can’t win them all! Sometimes no matter how careful you are with the 7 P’s – the performance isn’t always as you would want it to be!

Overall, the concepts and content were well received and the product was a definite hit with all that attended. I fully expect Firebrand to run more